To update you on Rumble in the Jungle, it’s still in post production. There are a few back-end items that we’re still setting up but Rumble in the Jungle should be ready sometime after I get back from a conference I’m attending in Montreal this week.

And here’s a little teaser to thank you for bearing with us as we get our first product ready. It’s the map that will be included in the book which is a thoroughly rebuilt and refreshed* version of the map that originally appeared in Operation Jungle Drums in 1995. The contour map and the satellite style map should give game masters and players a lot to work with if they decide to pick up a copy of Operation Jungle Drums after reading Rumble in the Jungle.

To address any cartography experts’ question as to why I kept the north-is-down orientation of the map, I felt that it was a reflection of the character of the Southern Republic where they would set the Southern hemisphere as the top of the world. Additionally, the area north of the fork between the Ogadog and the Nob rivers represents an area that feeds into the MacAllen Network (Terran Novan underground rivers).

Also, a happy belated May the 4th to everyone! 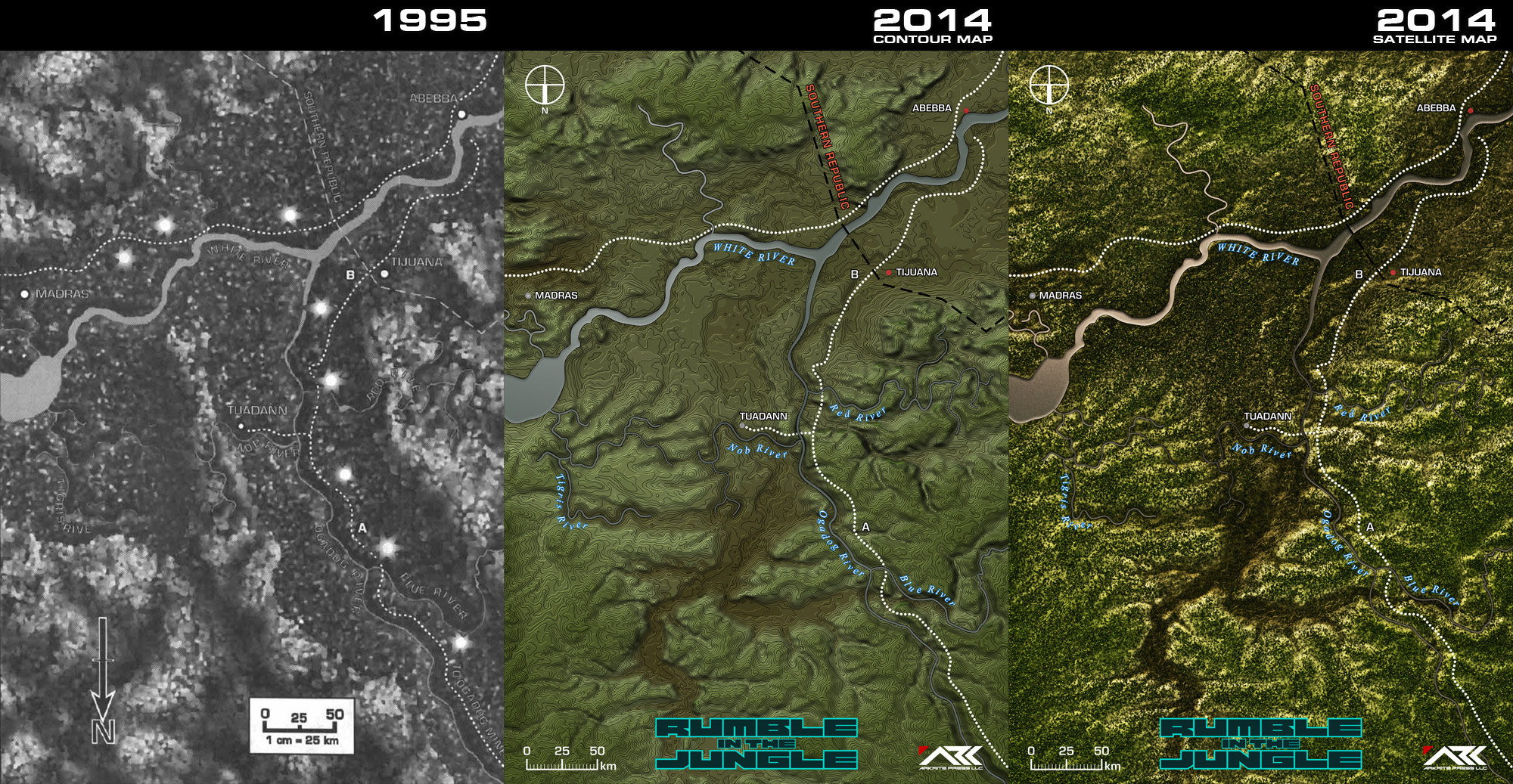 The setting map for Operation Jungle Drums from 1995 compared to the rebuilt maps for Rumble in the Jungle.

*No spice weasels were harmed when this map was kicked up a notch.