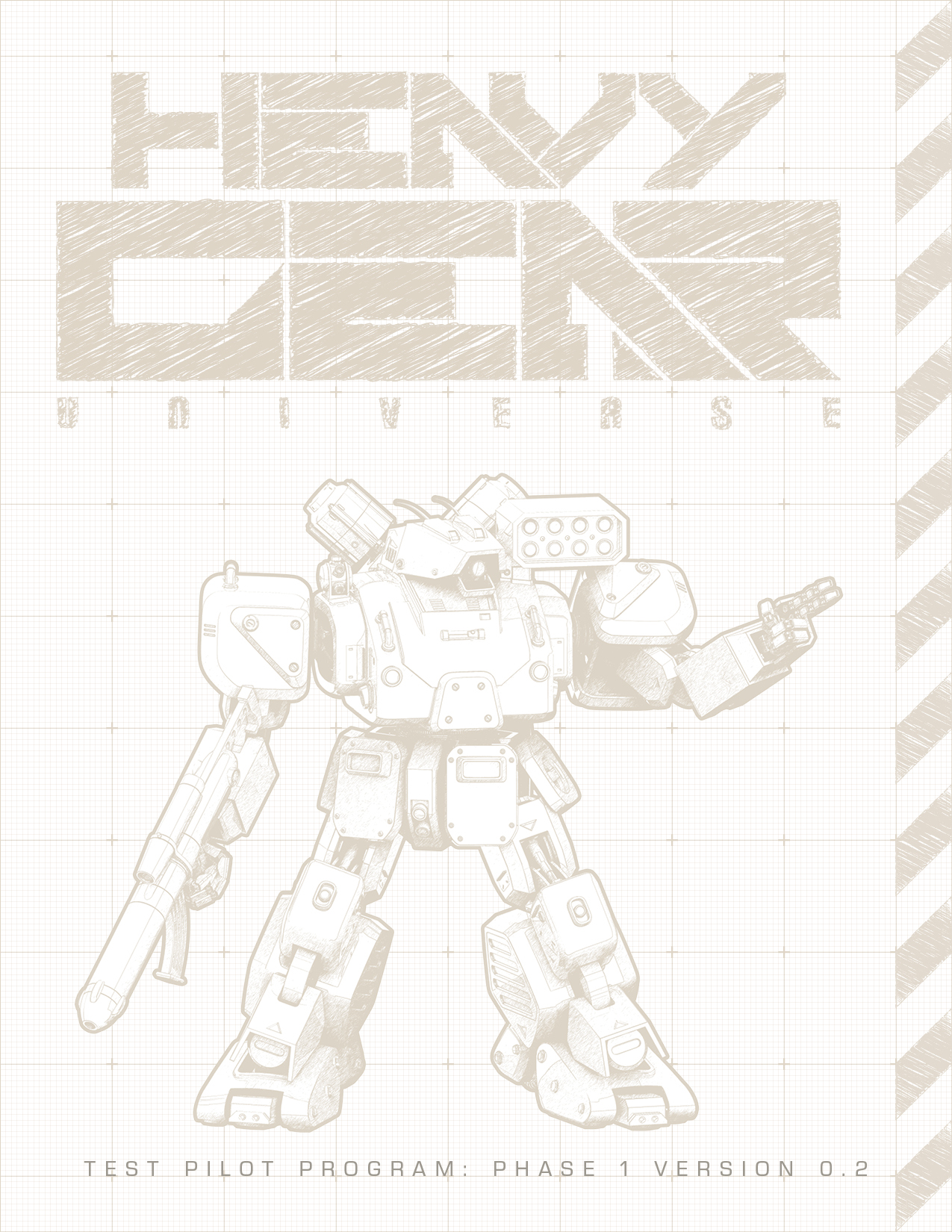 Hello, and welcome to our first State of the Heavy Gear Universe Address. We would like to first thank all of our playtesters for their enormous patience while we addressed matters behind-the-scenes and work on revisions based on feedback. To those who might wonder about the state of the game, the answer is yes, Heavy Gear is returning to the roleplaying scene. For those who might have never heard of Heavy Gear, we are more than happy to introduce you to one of the most comprehensive science-fiction roleplaying universes ever created.

In October 2015 we previewed the first two pages of the now abandoned Heavy Gear Universe version 0.1. It was a D20 system that came out of listening to the comments on our arkana blog that seemed dissatisfied with only doing a minor update to the the 2nd Edition Rules for Heavy Gear. Our test pilots had a negative reaction to this, feeling it strayed too far from the core of what makes Heavy Gear “Heavy Gear”. We used this feedback, along with some very insightful points made by Oscar Simmons, a test pilot who has long been a hardcore fan of the Heavy Gear RPG. He pointed out that D20 didn’t feel right at all, but the original design of the Silhouette system had been around a D8 and not the D6, which was adopted in the final version of Silhouette. This was because when they wrote Silhouette in the ‘90s, the designers recognized that it was difficult to find dice other than D6s and they wanted Silhouette to be available to as wide an audience as possible.

In November 2015, using the feedback detailed above, we set out to create a new, fresh design. Collaboration led to what we are now preparing to show to you, the SDX system, or Silhouette D10 system.  We chose the D10 for its wider availability over the D8 and also because it adds a finer grain to the results without the wide swing of a D20. SDX includes the very familiar standards that most original players will recognize, but with an eye towards efficiency. A Rapid Character Generation rule has been made to allow brand-new players to quickly plug together a new character for a Heavy Gear campaign without overly-involved sessions so you can get to your campaign that much faster. The Skill system of SDX is comprehensive, but not overwhelming. New Skills have been added, and the individual Skills themselves are affected by multiple Attributes, eliminating the previous ‘god stat’ syndrome of, for example, Agility.

Damage in the System (ongoing) no multiplication, variety with MoS => Secondary and tertiary effects (sweet booms and explosions), Critical effects, Increase damage, targeted locations. Currently these items are being tested in our bi-weekly session.

Margin of Success above 1 generates points to purchase added effects based on the list below. Effects cost variable points, which we are working out now.

As part of our testing, we play the new rules in our bi-weekly Drop Bears game set during the War of the Alliance. The game gives us an opportunity to brainstorm, develop, and report back results, while generating new material. We will be using part of this new material as adventuring material for Test Pilots. Set during the War of the Alliance, this is a Adventure level game that has the characters testing a desperate new weapon with a crew that lives up to the crazy in the Crazy Eights.

We are aiming to wrap up the layout and proofing of HGU 0.2 at the end of March, and release it to our Phase 1 test pilots on April 4th.

See you then gearheads, test pilots, and honey badgers,